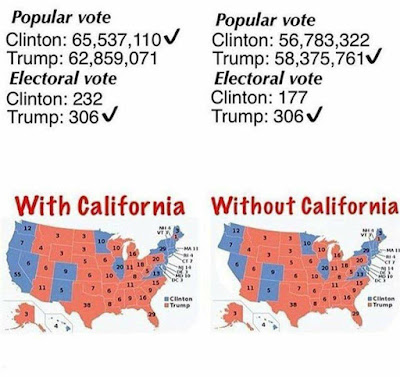 Each time, horrified sore losers on the losing side lambast the electoral college in a barrage of sour grape rationalization.   It's almost comical in its predictability.   Remember the furor in 2000? 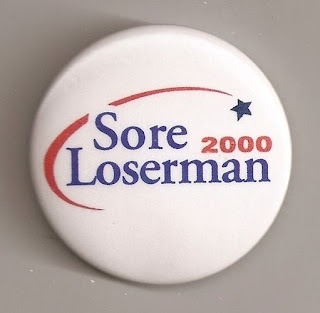 However, the electoral college is enshrined in the constitution.  Short of a constitutional amendment (or legislation from the bench via the Supreme Court) for better or worse... we are stuck with it.

Having said that, let's look at the bright side:

1.  The rules of the game are well known.  Everyone plays at equal disadvantage.

2.  California alone, a single state, is so powerful that it would dominate national election politics.  This is aptly illustrated in the first graphic.

3.  A close popular election could trigger a nationwide recount nightmare, as George Will points out:


Those who demand direct popular election of the president should be advised... the electoral vote system quarantines electoral disputes.

Perhaps the manner in which we choose our sole nationally-elected representative isn't perfect, but it's not broken either.
Posted by Bob Cosmos at 12/18/2016 02:28:00 PM


I m so glad to visit this blog.This blog is really so amazing