They booed him?  No!  There were As Many Yays as Boos!

And then the speech:

“Vice President-elect Pence, we welcome you and we truly thank you for joining us here at ‘Hamilton: An American Musical.’ We really do,” Dixon, who also asked the crowd not to boo Pence, said.

Dixon had the class to ask the audience to behave.

However, the notion that Dixon speaks for "the diverse America" is a bit much.  Trump supporters include significant numbers of Asians, Blacks, Hispanics, LGBT, and Muslims.  They are Vocal Followers, and their numbers will grow as Trump keeps generating Win!.

So, please, take note Dixon, you can not speak for "the Diverse."  Moreover, such behavior is bullying.  It's time to stop the bullying.

"...who are alarmed and anxious that your new administration will not protect us, our planet, our children, our parents "

America's justice system is the best on earth.

Of those that criticize him for being a racist, they cite his immigration policy.  The Trump policy will, however, be to remove the radical criminal element, in the guise of gangs like MS-13 or those that extort illegal aliens such as smugglers.  Trump believes they should not be part of our culture, and I agree. 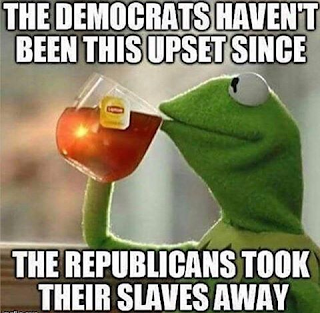 So, Dixon, after reviewing your claim, I am still with Trump, and you do not speak for the Diverse America.  Enough propaganda.

"Partly because he so frequently spoke in derogatory terms about Mexicans and Muslims,...

I am so confused about this... Trump's policies are not directed at Mexicans and Muslims.  They are directed at criminals and terrorists.

...partly because his campaign won the support of white supremacists,

Did he seek the support of White Supremacists?  Please, this is a no brainer...

... the standard liberal explanation for Trump’s victory is race. The argument is that Trump was the beneficiary of a “Whitelash.”"

If this is the basis for the argument against Trump, then it's over.  There is no whitelash.  Trump has a 50 year spotless record as a humanitarian, and plenty of support from people of all colors.  He's above all the ignorant racists, and you should be as well.

He was elected to clean out a corrupt Washington, reduce crime, and put Americans first.

For those that believe he is unfit, Trump were truly unfit, Hamilton's Federalist Paper number 68 allows for the nation to express it's disapproval directly and now.

We are a nation of laws, again.